This page describes facilities to test POOSL Data Classes. To do so, it uses some of the mechanisms from the Xpect testing framework; integrated in a JUnit environment, the tests are picked up from class and method annotations.

The Unit Testing plug-in has been tested on Windows 7 with Eclipse Mars.2 and the ESI POOSL Plug-in version 3.6.0.

At the moment, the plugin requires the Plug-in Development Environment (PDE) Plug-in installed in Eclipse, for the JUnit integration with other plugins. Additionally, you need a properly set-up project, with the right plugin dependencies.

The plug-in can be installed by pointing Eclipse to one of the following update sites:

A Release update site will be available as soon as the POOSL Unit Testing Plug-in has been tested on other platforms than Windows 7.

A standalone version that can be run outside Eclipse is under development. The plug-in should work with the Maven Surefire execution, but this is still experimental and not yet thoroughly tested.

Download and extract the example project. Import the project into Eclipse through the Import... -> Existing projects into workspace wizard. 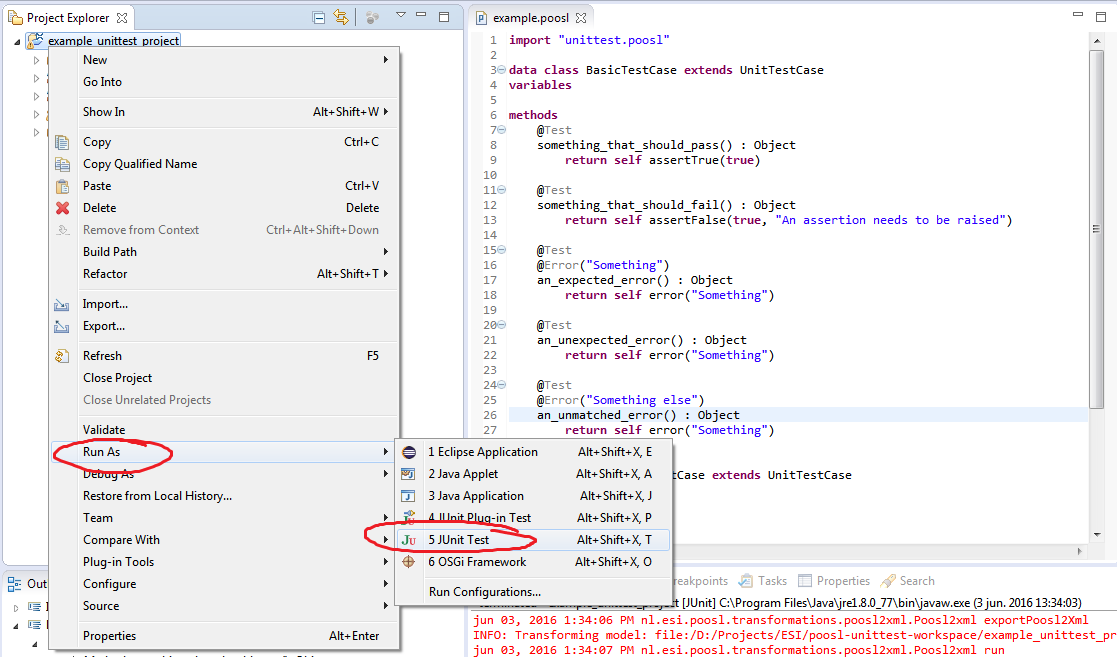 Some of its features include:

You can also use your own version of Rotalumis, by specifying the location through an environment variable ROTALUMIS_BIN to the file location of the Rotalumis engine that you want to use.

The POOSL Unit Testing Plug-in is not under active development, but bug reports and feature requests can be targeted to Joost van Pinxten.